AVA Board of Directors

Board Members at Large 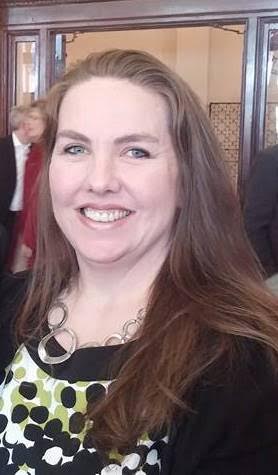 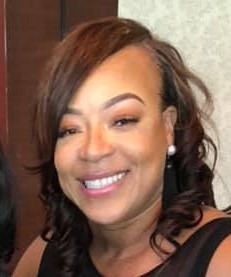 Shataun Hailey is the Violence Against Women Act and Sexual Assault Services Program Administrator for the Illinois Criminal Justice Authority. Shataun also serves as the program administrator for the Residential Substance Abuse Treatment Program in Illinois. She began her state service in 2009 with the Illinois Violence Prevention Authority working on a violence prevention program for youth.  While Shataun serves as the VAWA Administrator, she is hoping to increase the capacity of grantee programs across the state while making funding opportunities more available for underserved communities.

Shataun is the proud mom of one recently married daughter.  In her spare time, Shataun enjoys traveling and spending time with her family.  She earned her MBA from The Keller Graduate School of Management. 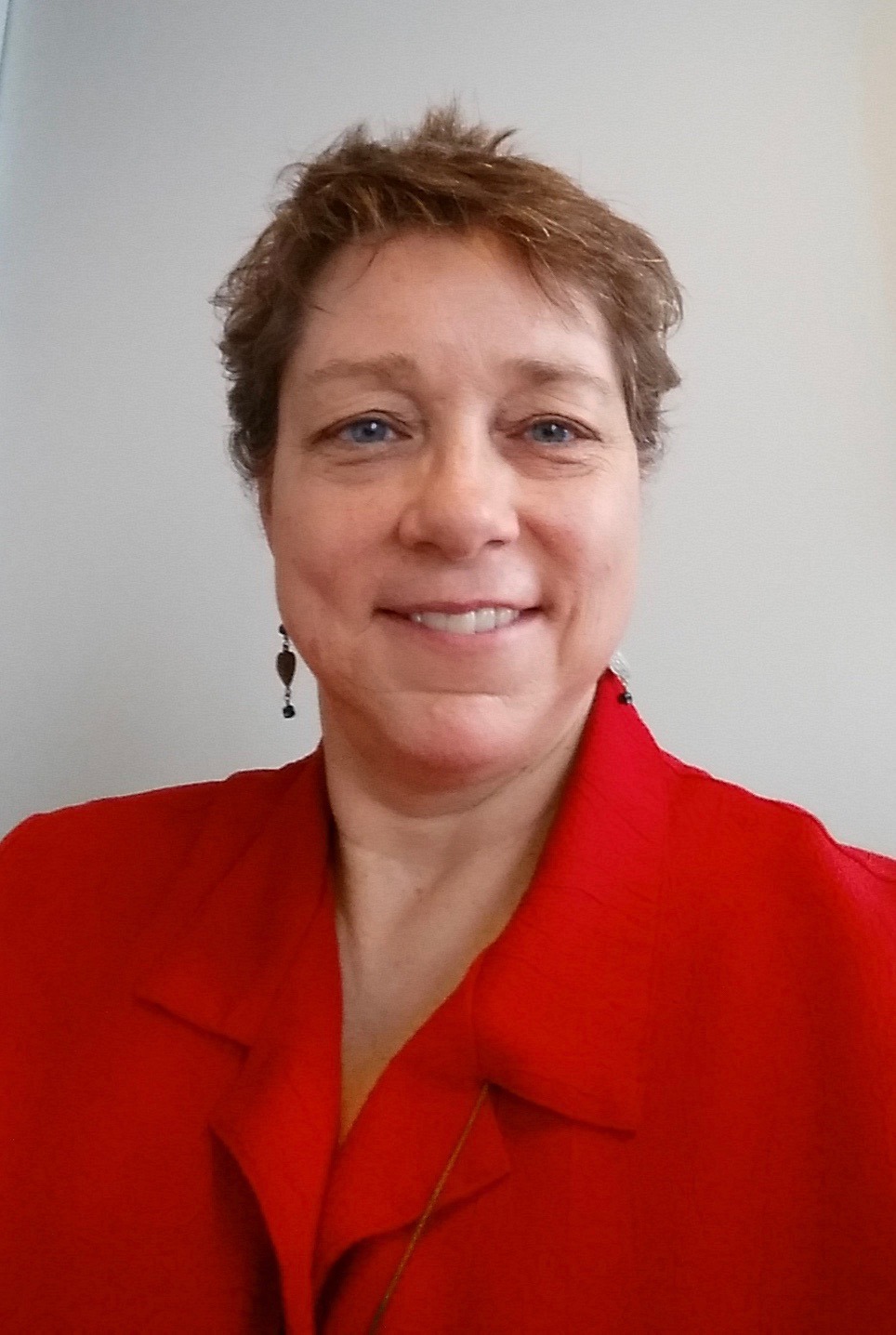 on Law Enforcement and Administration of Criminal Justice. Nakia also serves as the Program Administrator for the Louisiana Justice Reinvestment Initiative which requires that savings are reinvested into programs and policies that will reduce reoffending and support victims of crime. Prior to working for the commission, Nakia worked in Law Enforcement for ten (10) years as a Probation & Parole Officer. She also worked as a Forensic Interviewer on contract, interviewing children in a nonthreatening and nontraumatic way to obtain information from them that could be helpful in a criminal investigation.

Nakia works closely with the Louisiana Coalition Against Domestic Violence (LCADV) and Louisiana Foundation Against Sexual Assault (LaFASA) to empower survivors, engage advocates, and change the systems to end domestic violence and sexual assault in the state of Louisiana.

Nakia has volunterred for several years at her childhood church as a religion teacher and mentor. In her free time, she enjoys spending time with her family, reading, traveling, and outdoor activities (hiking, biking, and running). 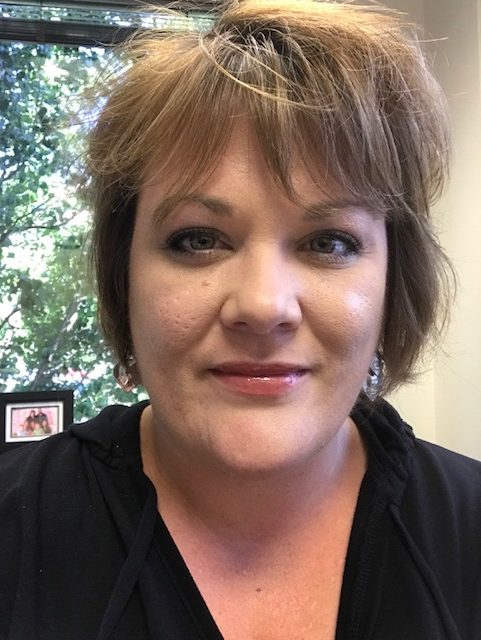 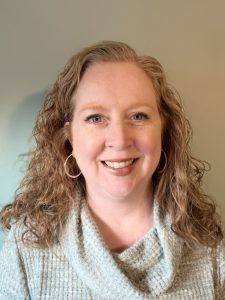 Amy Baynes is a Senior Program Manager and the STOP Administrator for the Tennessee Office of Criminal Justice Programs (OCJP). OCJP administers funding for 11 different federal and state fund sources to approximately 250 grantees. Amy is responsible for supervising a team of program managers, as well as providing grant monitoring, training and technical assistance to grantees. As the STOP Administrator, Amy provides STOP specific training and technical assistance to OCJP Program Managers and grantees, and coordinates the STOP Implementation Plan. She has served in her role at OCJP since 201

Amy has over 20 years of experience in the field of victim services and criminal justice. The majority of that time was spent as the Program Director of a Child Advocacy Center, and also includes working for the Department of Children’s Services and the Office of the District Attorney General. Amy is passionate about advocating on behalf of crime victims and ensuring access for all to comprehensive, quality services. 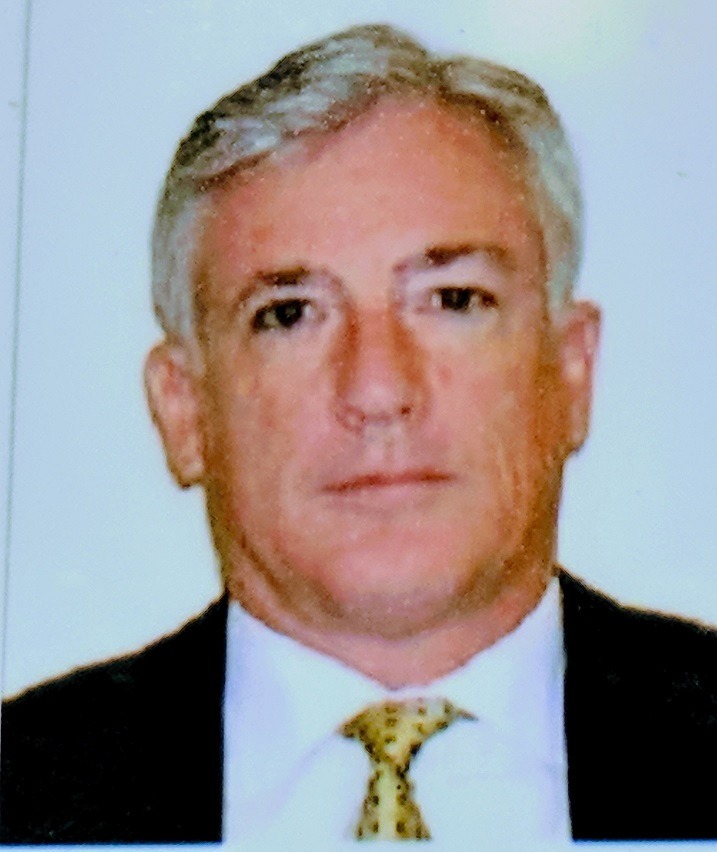 Burke serves as the Director of the South Carolina Crime Victim Services Division in the Office of the Attorney General.  The division was created in July 2017 and is composed of four departments covering victims of crime grants assistance, victim compensation, service provider certification and training and the Ombudsman’s Office.

Mr. Fitzpatrick began his state service in 1980 with the South Carolina Supreme Court, Division of Court Administration working with Summary and Circuit Courts.  He later served in the Office of the Governor concluding his service there as the Director of the Division of Public Safety Programs in 1993.  In a statewide governmental restructuring, that division was moved to the newly created Department of Public Safety.  He primarily administered victims of crime, law enforcement and juvenile justice grant programs. He also served in senior management positions with the State Transport Police, the Academy of Criminal Justice and the Office of Highway Safety. 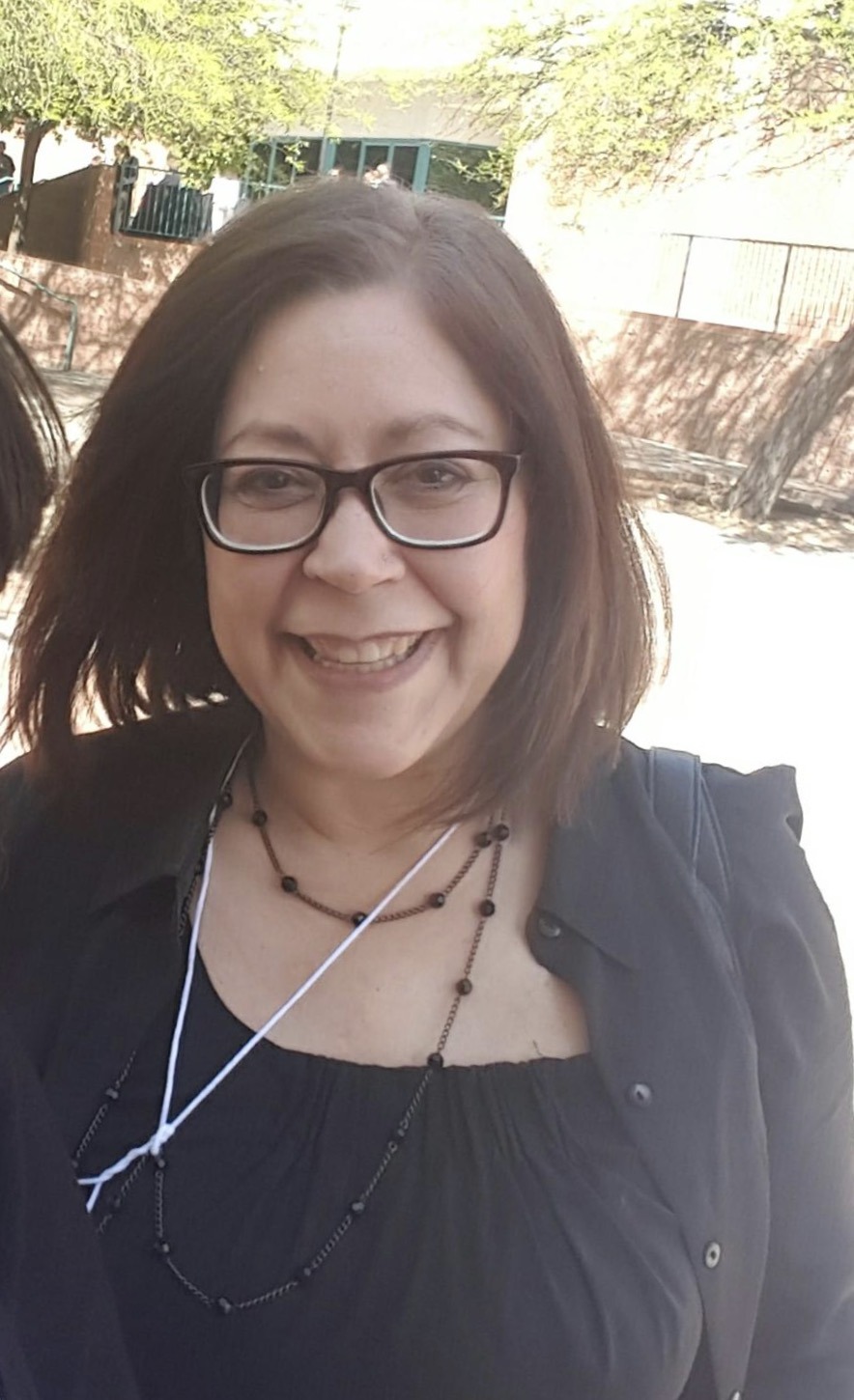 Diana Fleming has 20 years of federal and state grant administration as the STOP Violence Against Women Act (VAWA) Grant Coordinator for the State of Oregon since January 2009. Prior to that, she was with the Oregon State Police for 12 years as a Grants Administrator for the Byrne or Justice Assistance Grant (JAG) through the Bureau of Justice Assistance with a focus on drug courts, offender re-entry and residential treatment programs; juvenile justice and other local law enforcement activities. She often represents DOJ at national, state and local conferences and is passionate about making essential domestic and sexual violence resources available to victims in underserved, marginalized and oppressed communities as well as Tribal Nations.

In 2011, the Oregon Department of Justice, Crime Victims’ Services Division  began working closely with all nine federally recognized Oregon Tribes along with two VAWA Advisory Board members from the Confederated Tribes of the Umatilla Indian Reservation and the Confederated Tribes of Warm Springs Reservation to enhance the delivery of services to Native American communities. 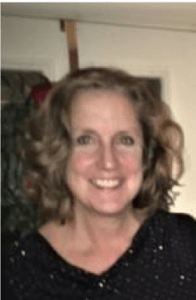 Gene is the Senior Grants Manager at the Vermont Center for Crime Victim Services, where she has worked since 2008. She is responsible for the administration of twelve state and federal grant programs valued at approximately $12M annually from the U.S. Department of Justice (D.O.J.) Office on Victims of Crime, the Office on Violence Against Women, the U.S. Agency of Health and Human Services and the State of Vermont. Of the four state grants, two support domestic and sexual violence programming, one supports Vermont’s Child Advocacy Centers and Special Investigative Units, and the fourth supports Supervised Visitation Programming. Sub-grantees include 70 state agencies and non- profit organizations and funding is distributed via approximately 170 subgrants.

Prior to her work as Grants Manager, Gene assisted crime victims through the Vermont Victims’ Compensation Program. Communicating directly with over one thousand crime victims and listening to the impact that crime had on their lives enabled her to see first-hand the value of these federal and state resources, which serves as her inspiration to come to work each day. Gene has also volunteered with many non-profit organizations benefiting children and families in her state and serves on several advisory boards. Gene received her Bachelor of Science Degree from Cornell University. She loves spending time with friends and family, kayaking, hiking and cross country skiing. 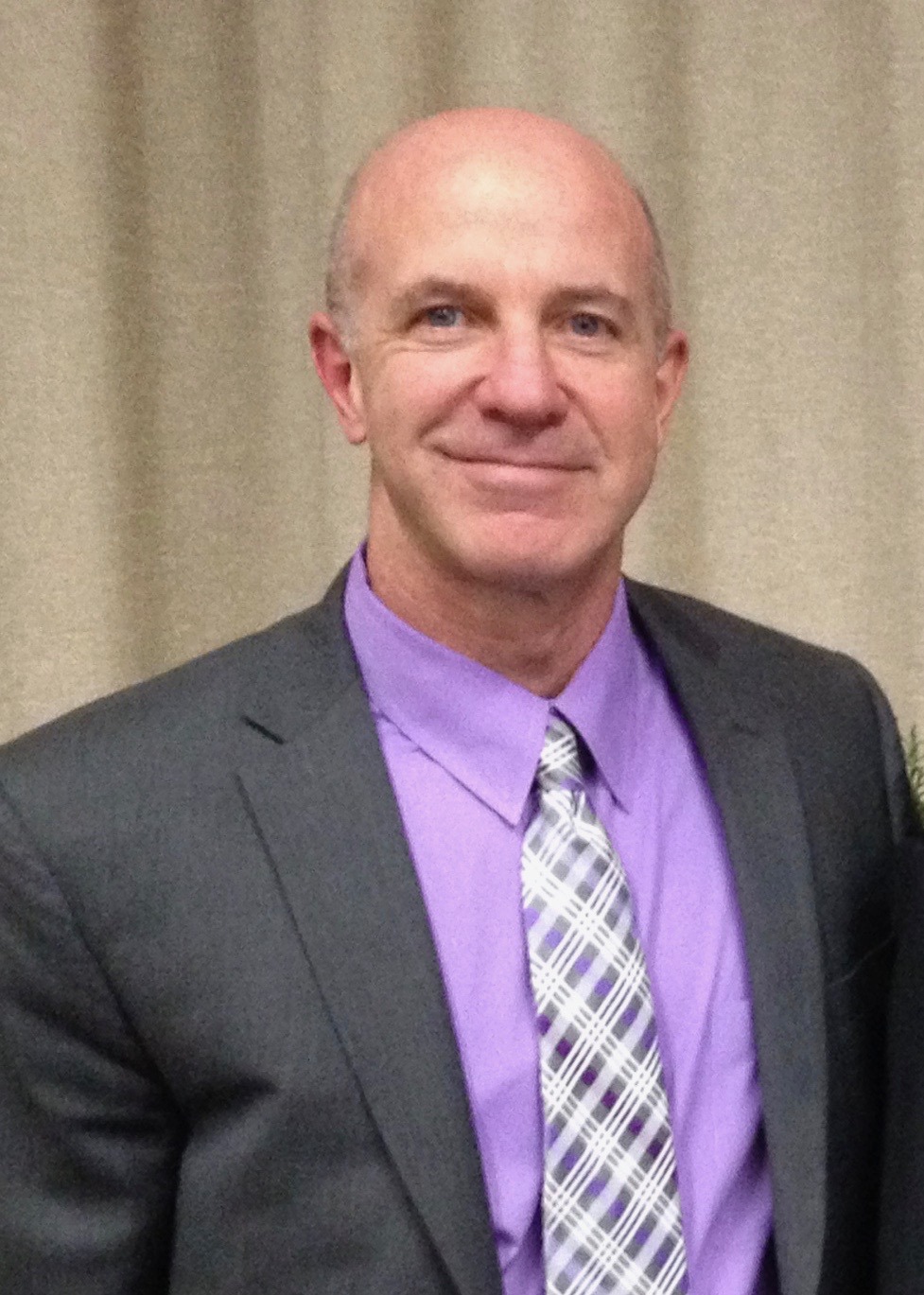